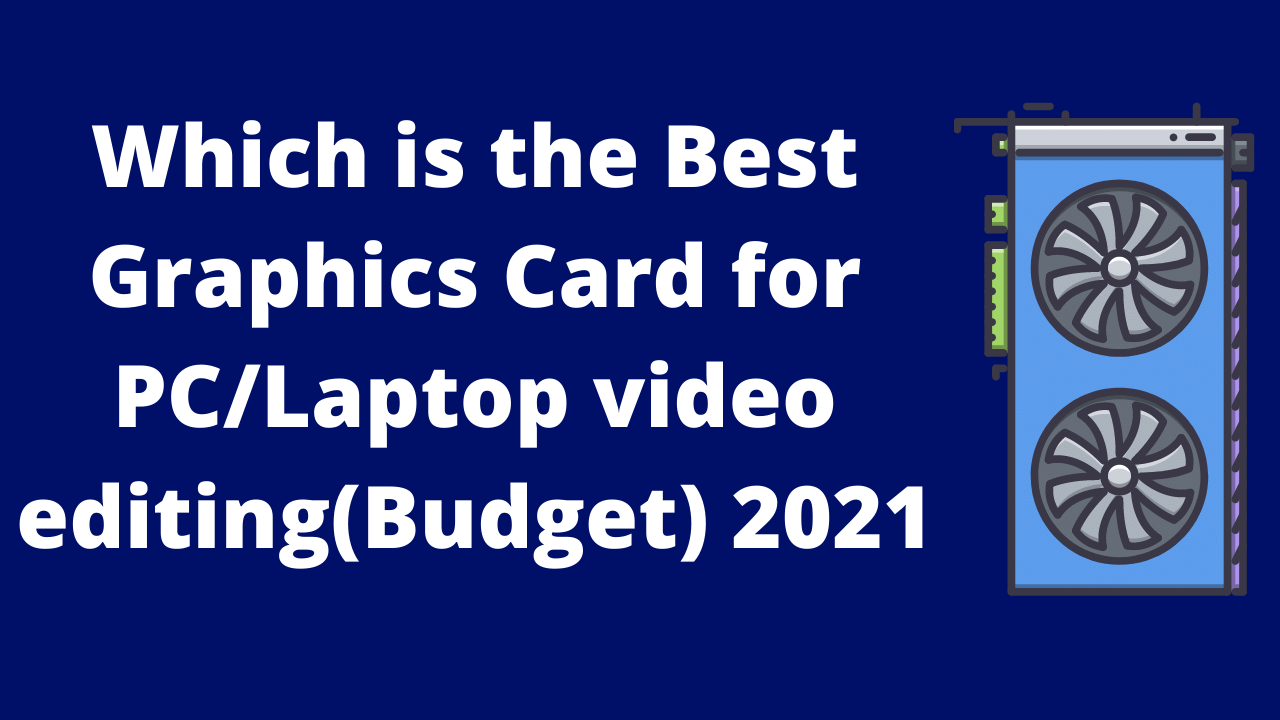 Every video editor wants his workflow so smooth but without a strong system, it’s just like a dream all the way in this amazing article we’re going to discuss which is the Best Graphics Card for PC/Laptop video editing.
Well, they’ve very low requirements for PC video editing software like Adobe Premiere Pro, After Effects, and Da Vinci. But the whole truth as we know the time taken while rendering the final project. In this article, we’re going to discuss which GPU is helpful in increasing our productivity and save lots of time.

The one and only best graphics card in this series is GTX 1660ti which is more powerful and value for money it is the best GPU for Video Editing in Mid-range price segment of Market. As we know that nvidia is currently working on RTX series which is not quite good for budget video editor they although have RTX 3050ti which shift b/w the 1660 super but still the king is GTX 1660ti.

This GPU is not yet powerful but it is optimized for all software the reason of including it is only that its new I don’t recommend it from my side. Reason is that it is not powerful to pump the rendering time.

This Graphics Card is new and best in all segment of best Graphics Card for PC/Laptop although quite pricy on external side but if we go with the Laptop which include 3060 that’s a great deal, For example Asus TUF Gaming A15 Ryzen 7 with RTX 3060.

That’s for today guys hope you find some thing usefull for this query and enjoy this amazing article share with your friends and family see you in the next post, In the meanwhile Read our post