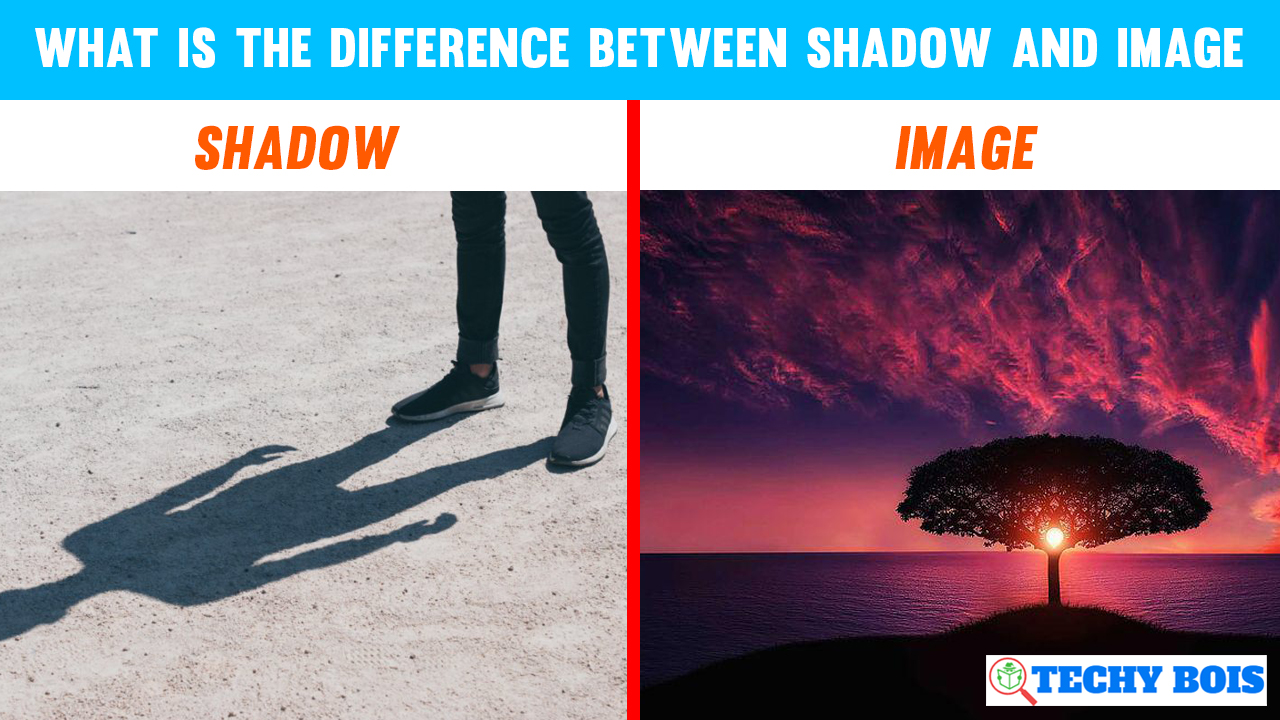 Difference between Shadow and Image:

shadow is formed when an opaque object come into the path of light.

The formation of image takes place when the light or reflected by an object.