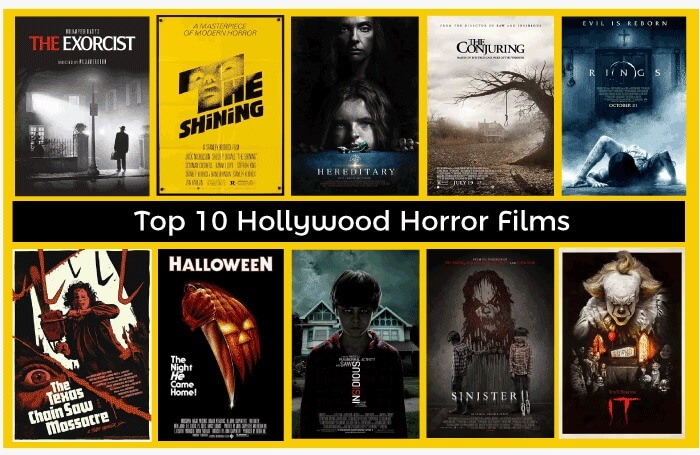 This movie is scariest horror movie in the list. It is released on december 26,  1973 and it was directed by willliam friedkin after this movie he very famous director in united states. This story was based on exorcist written by william peter blatty. The running time of this movie is 122 minutes later they extended the running time in (2000). Budget for this movies about $12 million and it hits the box office $441.3 million.

Hereditary is a supernatural psychological horror film and it was written and directed by ari aster .  Hereditary is first movie for ari aster as a director. It is a family haunted movie. This movie produced by  kevin frakes kars , kars knudsen , buddy patrick. It was released on january 21, 2018 in sundance. The total running time is 127 minutes. Budget of this movie $10 million.  It earned $80.2 million.

The conjuring is a 2013 american horror movie it is also know as one of the scariest movie . It was released on july 15, 2013 in united state latterly this movie famous and dubbed in multiple language. It is directed by james wan and written by chad hayes , carey w. Hayes . The budget of the film is $20 million .

The shining  is one of the psychological horror film produced and directed by stanley kubrick . This movie is based on the novel of stephen king’s. It was released on may 23,1980 in united states .the running time of the movie 146 minutes.  The budget of the movie is about $19 million.

The texas chainsaw massacres is an slasher films , comics and a video game adaptated as a orginial film.  After this victory the film developed  so many parts and it become famous . The first part of the movie is released on october 11, 1974  in united states.

The ring is a american horror film directed by gore verbinski , and it is screenplay by ehren kruger . The movie was released theatrically on october 18,2002, and it positive review with critics and watts’s performance . The film grossed over $249 million worldwide on a budget $48 million it is a great achievement for the team.

The movie name halloween is a contraction of “all hallows evening”.  The movie was theatrically released on 31 october,1978 . The activites of halloween include trick or treating , the story was scary and watvhing horror or halloween themed films. This movie was observed by christian and many non-christian also.

This movie is a american super natural horror film . It was directed by scott derrickson and written by c. Robert cargill and derrickson.  The movie sinister was inspired by a nightmare cargill after the release of ring.  It was produced by jason blum and brian kavanaugh jones. The budget of sinister is about $3 million. It gross overed about $87.7. It was released on march 11 , 2012. The running time of the movie is 109 minutes.

Insidious is one of the scariest movie in the list. It was directed by james wan and written by leigh whannell . After this famous the movie followed by many parts like chapter i and chapter ii . Insidious is released  on september 14, 2010 . The running time of movie about 101 minutes . The budget of the movie is $1.5 million .

The movie it was an american horror film . It was adaptation of the novel of the stephen king. It was directed by andy  muschietti and written by chase palmer , cary fukunaga and gary dauberman.  The release of the movie on september 5, 2017 . The running time of the movie about 135 minutes. The budget of the film is about $35 million.